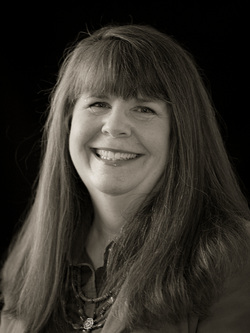 An ear for music was evident in Janet Myrick from the time she was old enough to surprise her parents by picking out melodies on her toy piano. Piano lessons, beginning in the third grade, encouraged her musical skills. However, it was at age 12, when she received her first guitar as a Christmas present, that Janet found her true musical path.
Other instruments followed: banjo, mountain dulcimer, hammer dulcimer, bowed psaltery, autoharp, upright bass, Native American Flute, and more. With some, like the banjo, there were teachers, but with many, it was simply a matter of creative energy finding another avenue of expression.
Janet Myrick has performed, along with her husband, Herman, with various local bands, and as a solo performer on Native American Flute. Janet currently teaches youth and adults and serves as Executive Director of the Fine Arts Academy. Janet believes that talents are given to us to share, and it is her great joy to help others learn to express their own creativity musically!

For more information, please email us at
fineartsacademyofbelmont@gmail.com,
​or call 704-214-4111.